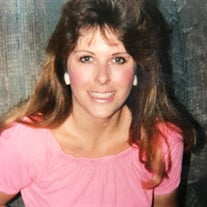 WIREMAN, Belinda “Bendy”, age 57, of Middletown, Ohio, passed away Monday, March 25, 2019 at Kettering Medical Center. She was born July 28, 1961 in Middletown and lived here all her life. She was employed on the Street Crew for the City of Middletown since 2002. She also was a waitress for Capozzi’s Restaurant prior to their closing, and currently a waitress at The Houston in Mason, where she has worked for many years. She was a member of the Stratford Heights Church of God and the Loyal Order of the Moose Lodge of Middletown. Preceding her in death were her parents, Gilbert and Betty (Thienemann) Long; one brother, Bruce Boyd; and a nephew, Douglas Frazier. She is survived by two children, Melissa (Jeremy) Wilson and Jason (Minerva) Kovach; four grandchildren, Xander and Makayla Wilson and Elijah and Isaiah Kovach; two sisters, Debra Sprowl and Sonja Frazier; two brothers, Daniel (Chantay) Long and David (Debbie) Long; numerous nieces and nephews; and many extended family and friends. Visitation will be Sunday, March 31, 2019 from 3:00 p.m. to 5:00 p.m. at the Herr-Riggs Funeral Home, 210 S. Main St., Middletown. There will also be a visitation on Monday, April 1, 2019 from 11:00 a.m. to 12:00 noon at the Stratford Heights Church of God, 4419 Nelson Road, Middletown, Ohio 45042, followed by services at 12:00 noon with Pastor Richard McIntosh officiating. Interment will be at Woodside Cemetery, Middletown. Memorial contributions may be made to the American Leukemia Society. Arrangements by Herr-Riggs Funeral Home, 210 S. Main St., Middletown. Condolences may be sent to the family at www.herr-riggs.com

The family of BELINDA "BENDY" WIREMAN created this Life Tributes page to make it easy to share your memories.

Send flowers to the WIREMAN family.