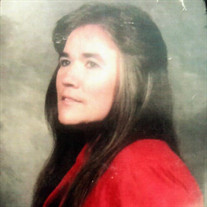 PRITCHARD, Brenda Barrett, age 63, of Middletown, Ohio passed away Friday, October 20, 2017 at her residence. She was born October 15, 1954 in Breathitt County, Kentucky, and moved to Middletown in 1961. She was in the first graduating class... View Obituary & Service Information

The family of BRENDA BARRETT PRITCHARD created this Life Tributes page to make it easy to share your memories.

Send flowers to the PRITCHARD family.