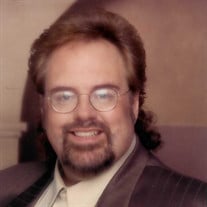 FLORY, Carl D., age 72, of Middletown, Ohio, went to be with the Lord after a lengthy illness on Sunday, April 3, 2022 at Atrium Medical Center where he had been a patient for three days. He was born January 24, 1950 in Middletown and lived in this area all his life. He graduated from Middletown High School. Carl was a hairdresser and was the owner/operator of the Beauty Nook here in Middletown for 35 years. He also was a hairdresser for Baker-Stevens-Parramore Funeral Home, Herr-Riggs Funeral Home and others when needed. He was a member of the Poasttown First Church of God. To know Carl Flory is to love Carl Flory. Carl loved the Lord and his family first and foremost. He also loved people and never met a stranger. He never forgot anyone he ever knew. He considered his customers as also his friends. He loved playing jokes and believed that laughter was the best medicine. If he sensed that you were having a bad day, he would come up with some kind of a practical joke to cheer you up. He set his schedule to accommodate his customers schedules. He went to homes and nursing homes to take care of his customers that could no longer come in to his shop. His friends and customers remember all the birthday, sympathy and thank you cards they received over the years. Carl will be greatly and sadly missed by his family, friends and customers. Preceding him in death were his parents, Wilbur Money Flory and Leona Agnes Hackett Flory; one son, Jason Michael Flory; one daughter, Jennifer Lynn Flory; and one sister Martha. He is survived by his wife of 28 ½ years Barbara A. Flory; two children, Sarah E. Flory and Joshua D. (Kortney) Rook; six grandchildren, Jason Jr., Destiny, Chase, Noah, Chloe and Jackson; one brother, James Flory and a host of friends. Visitation will be Saturday, April 9, 2022 from 2:00 p.m. to 4:00 p.m. at the Poasttown First Church of God, 6376 Middletown-Germantown Road, (Madison Township), Middletown, Ohio 45042, followed by services at 4:00 p.m. with his special friends, Rev. James Dalton and Rev. James Anderson officiating. In lieu of flowers, memorial contributions may be made to his family for his grandson Jackson’s Education Fund or a charity of one’s choice. Arrangements by Herr-Riggs Funeral Home, 210 S. Main St., Middletown. Condolences may be sent to the family at www.herr-riggs.com

FLORY, Carl D., age 72, of Middletown, Ohio, went to be with the Lord after a lengthy illness on Sunday, April 3, 2022 at Atrium Medical Center where he had been a patient for three days. He was born January 24, 1950 in Middletown and lived... View Obituary & Service Information

The family of CARL D. FLORY created this Life Tributes page to make it easy to share your memories.

Send flowers to the FLORY family.