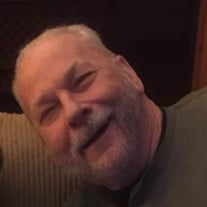 EGLESTON, Charlie “Buster”, age 69, of Middletown, Ohio passed away Sunday, March 7, 2021 at his residence. He was born July 26, 1951 in Middletown and lived her all his life. He served in the Ohio National Guard. Buster, with his wife Judy, owned and operated Buster’s Bar for 42 years. He was a member of the American Legion Post 218 and Moose Lodge #501. Charlie was well known as a pillar of the community and will be especially remembered for his Annual Golf Outings to benefit Abilities First. Over the years he had raised over $130,000 for Abilities First from these Golf Outings. Preceding him in death were his parents, Charles A. and Gerema (Deaton) Egleston; his wife of 36 years, Judy in 2018; three sisters, Becky Fordyce, Karen Sue Egleston and Diane Patterson; his brother-in-law, Tim Markland; and two nieces, Adrianne Miller and Bailey Egleston. He is survived by three children, Brandon (Shannon) Egleston, Heather (Jon) Price and Matthew Egleston; three grandchildren, Ahrianna, Zane and Vada; brothers and sisters, Charlotte Markland, Bill (Ruth) Egleston, Linda (Gary) Hopkins, Timmy (Tracey) Egleston and Sandy Mullins; special niece, Jessi Miller, numerous other nieces, nephews, extended family and many friends. Visitation for family and friends will be Friday, March 12, 2021 from 5:00 p.m. to 7:00 p.m. at the Herr-Riggs Funeral Home, 210 S. Main St., Middletown. A Celebration of Life will be held beginning at 7:00 p.m. immediately following the visitation, at Buster’s Bar, 112 Charles St., Middletown, 45042. Memorial contributions may be made in Charlie’s name to Ability First, 4710 Timber Trail Drive, Middletown, Ohio 45044. Arrangements by Herr-Riggs Funeral Home, 210 S. Main St., Middletown. Condolences may be sent to the family at www.herr-riggs.com

The family of CHARLIE "BUSTER" EGLESTON created this Life Tributes page to make it easy to share your memories.

Send flowers to the EGLESTON family.