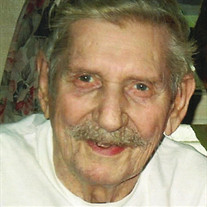 LAWSON, Clay O., age 81, of Middletown, Ohio, passed away Monday, August 14, 2017 at his residence. He was born October 10, 1936 in Menifee County, Kentucky and moved to Ohio in 1942. He owned and operated the Middletown Sod and Seed Company... View Obituary & Service Information

The family of CLAY O. LAWSON created this Life Tributes page to make it easy to share your memories.

Send flowers to the LAWSON family.