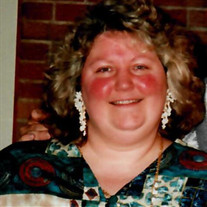 OWNBEY, Cynthia Lynn “Cindy”, age 56, of Springboro, Ohio, passed away Monday, December 25, 2017 at Sycamore Hospital in Miamisburg, where she had been a patient for five days. She was born February 13, 1961 in Middletown, Ohio. Cindy was the owner of Cindy’s In Home Day Care. She was a devoted caregiver and a member of Grace Baptist Church. She is survived by her husband of 36 years, Herschel Cecil Ownbey; three children, Cynthia Ownbey, Cheyenne Ownbey and Hayla Ownbey; one grandson, Jacob; her parents, Joseph and Carol (nee Hammond) Childers; one sister, Jeaa (Scott) Campbell; one brother Jody Childers; for sisters-in-law, Charla (Ron) Jackson, Jeri Ownbey, Jolynda (Dean) Bowman, and Marissa Lacy; and many nieces, nephews, extended family and friends. Visitation will be Friday, December 29, 2017 from 12:00 noon to 1:00 p.m. at the Grace Baptist Church, 3023 N. Union Road, Middletown, Ohio 45005, followed by services at 1:00 p.m. at the church with Pastor Max Fernandez officiating. Interment will be at Grace Memorial Gardens. Arrangements by Herr-Riggs Funeral Home, 210 S. Main St. Middletown. Condolences may be sent to the family at www.herr-riggs.com

The family of CYNTHIA LYNN "CINDY" OWNBEY created this Life Tributes page to make it easy to share your memories.

Send flowers to the OWNBEY family.