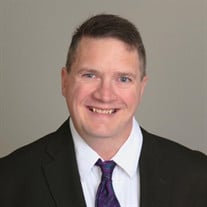 CIOFFI, Dominic A., age 48, of West Chester, Ohio, passed away Thursday, July 11, 2019 at his residence. He was born December 21, 1970 in Italy but lived in this area most of his life. He graduated from Colerain High School Class of 1989, and earned his Bachelor’s Degree in Sociology and Master’s Degree in Research from Ohio University. He was a member of Theta Chi, Alpha Tau Chapter. He was employed in mergers and acquisitions for Aetna Insurance Company for five years. He was a member of Christ Church in Mason, Ohio. He enjoyed spending time with his family and fossil hunting and collecting. Preceding him in death was his mother, Linda Peak Cioffi. He is survived by his loving wife, Wendy; three children, Dylan, Hannah, and Anna Grace; his father, Dominic Cioffi; one brother, Michael Cioffi and wife Cathi; one sister, Christa Brady and husband Rob; father-in-law and mother-in-law, Doug and Linda Trenaman; brother-in-law, John (Tammy) Trenaman; sisters-in-law, Kara Maguire, Fran (Andy) Gregory, Brenda (Bill) Boone, and Abby (Michael) Gaughan; and many nieces and nephews, Ashley, Rosa, Dylan, Erin ( who is also his God-Daughter), Megan, Rachel, Seth, Andy, Noah, Luke, Jessica, Alyssa, Jay, Katie, Julia, Lila, Eva, Joseph, Liam, John, Sylvie; many great-nieces and great nephews, his two dogs, Sally and Molly; and extended family and friends. A gathering for family and friends will be Saturday, July 20, 2019 from 1:00 p.m. to 2:00 p.m. at the Christ Church, 5165 Western Row Road, Mason, Ohio 45040, followed by a Celebration of Life Service at 2:00 p.m. with Pastor Brad Wilson officiating. Memorial contributions may be made to Cincinnati Children’s Hospital, 3333 Burnet Ave., Cincinnati, Ohio 45229. Arrangements by Herr-Riggs Funeral Home, 210 S. Main St., Middletown. Condolences may be sent to the family on this website, www.herr-riggs.com

CIOFFI, Dominic A., age 48, of West Chester, Ohio, passed away Thursday, July 11, 2019 at his residence. He was born December 21, 1970 in Italy but lived in this area most of his life. He graduated from Colerain High School Class of 1989,... View Obituary & Service Information

The family of DOMINIC ANTHONY CIOFFI created this Life Tributes page to make it easy to share your memories.

Send flowers to the CIOFFI family.