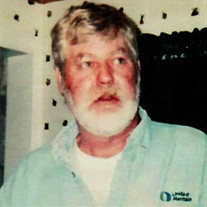 SPROWL, Emery “Allen”, age 68, lost his battle with cancer on Saturday, January 13, 2018. He was born August 2, 1949 in Ripley, Ohio and lived in Middletown since 1970. Allen spent 43 years in the concrete business starting at the bottom and worked his way into management, ending as the Road Superintendent at Concrete Technology – High Concrete, retiring in 2009. He was a member of the Stratford Heights Church of God. In his retirement he loved setting up at Treasure Isle Flea Market and searching for old rusty junk at yard sales and auctions. He also loved fishing and deer hunting. He loved spending time with his grandchildren and his dog Bella. He leaves behind a host of wonderful friends from the auctions, the job he retired from, the flea markets, our neighborhood and his church, Stratford Heights. Allen was a loving husband, father, step-father, grandfather, great grandfather, brother and uncle. He is survived by his loving wife of 23 years, Debra; two children from a previous marriage; Rachel (Dave) Brandenburg and Travis (Brooke) Sprowl; Debra’s children, Scott, Rob and Tony who could not have had a better father figure in their lives; thirteen grandchildren and six great grandchildren. Allen was preceded in death by his father, Emery; his mother, Idelia; his sister, Rena; his brother, George; and infant daughter, Marcie. Visitation will be Wednesday, January 17, 2018 from 12:00 noon to 1:00 p.m. at the Stratford Heights Church of God, 4419 Nelson Road, Middletown, Ohio 45042, followed by services at 1:00 p.m. at the church with Pastor Richard McIntosh officiating. Interment will be at Woodside Cemetery, Middletown, Ohio. Arrangements by Herr-Riggs Funeral Home, 210 S. Main St., Middletown. Condolences may be sent to the family at www.herr-riggs.com

The family of EMERY "ALLEN" SPROWL created this Life Tributes page to make it easy to share your memories.

Send flowers to the SPROWL family.