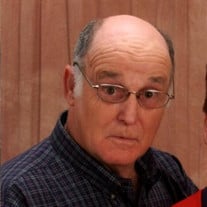 Rogers, Kenneth Rondall “Kenny Rogers”, age 73, of Middletown, was finally reunited with his wife in heaven on Monday, June 26, 2017 at 8:27 p.m. at the Atrium Medical Center. He was born December 8, 1943 the son of Bob and Orpha (Sears) Rogers and sibling to twelve brothers and sisters. He was born and raised in Corbin, Kentucky where he spent much of his young adult life as a bootlegger. He has passed along many stories about that adventurous time in his life. Later in life he worked as a baker with Rubel Baking Company and then for Rainbow Bakery as well as other professions before retiring in 2006. Preceding him in death were his parents; his wife of 52 years, Peggy Rogers in 2016; four brothers, J.B., Curt, Henry and Bill; two sisters, Kathy and Carolyn; one half brother, Robert Anders; and one half-sister, Barbara Hail. He is survived by three children, Debbie Ann (Rodney) Stacy, Corrina (Darius) Fugate and James Rondall Rogers and fiancée Elizabeth Stone; eight grandchildren, Dustin, Sasha (Steve), Ashley, Tiffany (Clayton), Kelcee (Devon), Shelby, Hailee and Abby; eleven great grandchildren, Aiden, Ashlynn, A`mia, C. J., Corbin, Austyn, Brantley, Easton, Aaryn, Alex and Axel; four brothers, Everett, Donnie, Vernon and Norman; two sisters, Patty and Betty; and many nieces, nephews, extended family and friends. Visitation will be Friday, June 30, 2017 from 11:00 a.m. to 1:00 p.m. at the Herr-Riggs Funeral Home, 210 S. Main St., Middletown, followed by services at 1:00 p.m. with Rev. Kevin Waters officiating. Interment will be at Miltonville Cemetery, Miltonville, Ohio. Arrangements by Herr-Riggs Funeral Home, 210 S. Main St., Middletown. Condolences may be sent to the family at www.herr-riggs.com

The family of KENNETH RONDALL "KENNY ROGERS" ROGERS created this Life Tributes page to make it easy to share your memories.

Send flowers to the ROGERS family.