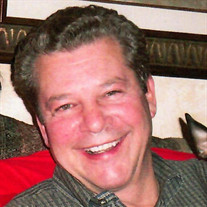 GAKER, Louis Jeffrey, 66, of Middletown, Ohio passed away on Saturday, January 27, 2018 of pancreatic cancer at his home. He was born May 15, 1951 in Cincinnati, Ohio the son of Louis B. Gaker, M.D. and Carolyn Seybold Gaker of Liberty Township, Ohio. Suzanne (Shine) Gaker survives with 30 years of married life, one son Louis Clark Gaker Hutt (Malea) of Denver, Colorado and two grandchildren, Riley and Deacon. He was a graduate of Western Reserve Academy in Hudson, Ohio and received a B.S. from Denison University in Grandville, Ohio and a Masters in International Management from Thunderbird University in Phoenix, Arizona and later received an MBA from Southern Methodist University in Dallas, Texas. He was awarded a Rotary Scholarship and studied at the Federal University in Rio de Janeiro, Brazil for a year. He worked for Northrop Corporation in a management position in Esfahan, Iran where he supervised construction of an airport. He left Iran just before the Shah left due to the revolution. Later he worked for BFI in an international management position and traveled in almost all of the countries of South America. Later he lived in Riyadh, Saudi Arabia on business for BFI in a management position. Jeff later settled in Atlanta, Georgia with his wife, Suzanne, where he worked for Republic Services in a management position until he returned to Cincinnati fifteen years later. He enjoyed playing golf, fishing, hunting, racquetball and exploring and traveled the whole distance of the Alaskan Highway through South America to Alaska. In semi-retirement he worked for Oasis Golf Club in Cincinnati. He is also survived by his sister, Lisa (Steve) Wilson of Middletown, Ohio, and brothers, Bruce Gaker of Folsom, Louisiana and Douglas Gaker, M.D. (Kim) of Oregonia, Ohio. He was preceded in death by his brother, David Gaker, of Liberty Township, Ohio. Services will be held at First Presbyterian Church, 2910 Central Aveue, Middletown, Ohio on Saturday, February 10, 2018 at 11:00 a.m. Services will be given by Pastor Michael Isaacs. The family will be received in the Gathering Area after the service. Arrangements handled by Herr-Riggs Funeral Home, 210 S. Main Street, Middletown, Ohio. Memorial contributions may be made to the Middletown Arts Center, 130 N. Verity Parkway, Middletown, Ohio 45042. Condolences may be sent to the family at www.herr-riggs.com.

GAKER, Louis Jeffrey, 66, of Middletown, Ohio passed away on Saturday, January 27, 2018 of pancreatic cancer at his home. He was born May 15, 1951 in Cincinnati, Ohio the son of Louis B. Gaker, M.D. and Carolyn Seybold Gaker of Liberty Township,... View Obituary & Service Information

The family of LOUIS JEFFREY GAKER created this Life Tributes page to make it easy to share your memories.

GAKER, Louis Jeffrey, 66, of Middletown, Ohio passed away on...

Send flowers to the GAKER family.