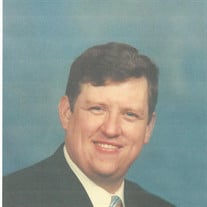 MAINES, Martin Earl of Middletown, Ohio passed away at the age of 66 on February 12, 2018 after a brief illness. Martin was born November 15, 1951 in Middletown and lived here all his life. He graduated from Middletown High School class of 1970. Martin was employed at Armco/AK Steel for 34 years, retiring in 2004, after receiving his commemorative clock. He was an active crew member of the long-gone Campus Community Players now known as Middletown Lyric Theatre, a patron of Summer Youth Theatre, and enjoyed attending many performances in the area. He was politically active and a volunteer for the local Democratic Party. Martin was loved for his sense of humor and his jokes. He was well known as a handyman who enjoyed working on his own projects and lending a hand to others. Martin was a family man; devoted to his wife, children and grandchildren - the loves of his life. Preceding him in death were his parents Maurice and Edith Mae Maines. He will be lovingly remembered by his wife of 46 years, Cathy Maines; three daughters, Elizabeth Kliemann (Jeff), Sarah Mayabb (Tony) and Mary Maines (Kyle); and five grandchildren, Gabe, Harper, Amelia, Nate and Ezra, as well as by his siblings Myron Maines (Jane), Marcella Hutchens (Doug) Meredith Maines (Elisa), and Mark Maines (Renee); many nieces, nephews, extended family, and life-long dear friends. Martin requested that no formal funeral services be held in his absence. The family will fulfill his desire for an informal meal with friends and loved ones on Saturday, February 24, 2018 from 11:00 a.m. to 1:00 pm at the Middletown Arts Center 130 N. Verity Pkwy Middletown, Ohio 45042. In lieu of flowers, the family requests that monetary memorial contributions be given at his luncheon or deposited to the Martin Maines Memorial Account in person or by mail to Middletown Area Schools Credit Union, 1730 Central Ave, Middletown, OH 45044. Contributions will be used to promote Martin’s commitment to theatrical and technical opportunities for young people. Arrangements by Herr-Riggs Funeral Home, 210 S. Main Street, Middletown. Condolences may be sent to the family at www.herr-riggs.com

MAINES, Martin Earl of Middletown, Ohio passed away at the age of 66 on February 12, 2018 after a brief illness. Martin was born November 15, 1951 in Middletown and lived here all his life. He graduated from Middletown High School class of... View Obituary & Service Information

The family of MARTIN EARL MAINES created this Life Tributes page to make it easy to share your memories.

MAINES, Martin Earl of Middletown, Ohio passed away at the age...

Send flowers to the MAINES family.