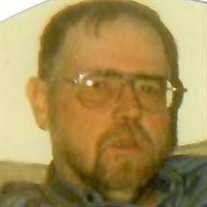 HOWERTON, Phillip L. “Phil”, age 71, of Middletown, Ohio, passed away Monday, November 2, 2020 at Atrium Medical Center where he had been a patient for three days. He was born January 14, 1949 in Middletown and lived here all his life. Phil was employed in production at AK Steel for 31 years. He was a member of the Moose Lodge 501, Orioles Lodge, and the Eagles Crystal Lodge, all of Middletown. Preceding him in death were his parents, Jacob E. and Margaret “Peggy” Hall Howerton; and one sister, Mar-Lan Howerton-French in 2019; two half-brothers, William and Edward Howerton; and one half-sister, Barbara Howerton. He is survived by his wife of 31 years, Joanne Howerton; three daughters, Erin (Shane) Roseberry, Staci (fiancé Jeremy Williams) Spencer, and April Hunter; seven grandchildren, two great granddaughters; one brother, Brian (Gina) Howerton; one half-sister, Jane Howerton; and several nieces, nephews, extended family and friends. Visitation will be Thursday – next week – November 12, 2020 from 5:00 p.m. to 6:00 p.m. at the Herr-Riggs Funeral Home, 210 S. Main St., Middletown, followed by a Celebration of Life Service at 6:00 p.m. with Pastor James Swartzel officiating. Memorial contributions may be made to the Parkinson’s Foundation. Arrangements by Herr-Riggs Funeral Home, 210 S. Main St., Middletown, Ohio. Condolences may be sent to the family at this website, www.herr-riggs.com

The family of PHILLIP L. "PHIL" HOWERTON created this Life Tributes page to make it easy to share your memories.

Send flowers to the HOWERTON family.