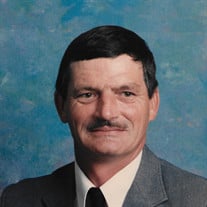 DAVIDSON, Richard A. “Trick”, age 74, of Middletown, passed away Saturday, August 4, 2018 at Mt. Pleasant Retirement Village where he had resided for one year. He was born July 3, 1944 in Piqua, Ohio and moved to Monroe in 1963. He graduated from Piqua Catholic School Class of 1963. He was employed as a machine operator at Crystal Tissue Company for over 30 years. He also owned and trained horses for harness racing. Richard was a member of the Middletown Eagles Crystal Lodge and was a fan of NASCAR, especially Earnhardt, Sr., and a fan of the Cleveland Browns, the Cleveland Indians and the Kentucky Wildcats. Preceding him in death were his parents, Robert Nelson and Alberta Louise (Ostendorf) Davidson; one son, Richard Allen Davidson, Jr.; one nephew, Brenten Andrew Davidson; and his lady friend, Karen Johnson. He is survived by one daughter, Leslie Goodfriend; one granddaughter, Erica Goodfriend; two sisters, Linda Kramer and Kathy Davidson; one brother, Robert N. (Tina) Davidson; three nieces and nephews, Jeffery Kramer, Jennifer Kramer and Bethany Davidson; many great nieces and nephews, extended family and all his good friends at Scottie’s and the Little Eagles. Visitation will be Tuesday, August 7, 2018 from 10:00 a.m. to 12:00 noon at the Herr-Riggs Funeral Home, 210 S. Main St., Middletown, followed by services at 12:00 noon with Deacon Jack Schaefer officiating. Interment will be at Mound Cemetery, Monroe, Ohio. In lieu of flowers, memorial contributions may be made to the Alzheimer’s Association. Arrangements by Herr-Riggs Funeral Home, 210 S. Main St., Middletown. Condolences may be sent to the family at www.herr-riggs.com

The family of RICHARD A. "TRICK" DAVIDSON created this Life Tributes page to make it easy to share your memories.

Send flowers to the DAVIDSON family.