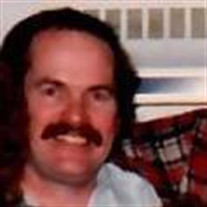 DUMFORD, Richard “Dick”, age 79, a lifelong resident of Middletown, Ohio, passed away Sunday May 20, 2018 at Atrium Medical Center where he had been a patient for 11 days. He was born December 7, 1938 in Middletown, Ohio to Mary and Charles Dumford, one of five children. He graduated from Fenwick High School Class of 1956, and from Xavier University of Cincinnati. Dick loved his city, the idyllic times and place in which he grew up and cherished his many lifelong friends. Early in his career Dick worked with a New York Hotel renovator and after learning the trade, he began his own construction company, Richard, Inc. He refurbished many large and small hotels across the country and two in particular showcased his artistic talents and skills: the Omni in Charlotte, North Carolina and the Hyatt Regency in downtown Lexington. Dick enjoyed golf, was an ardent follower of the Xavier Musketeers, and appreciated a wide variety of music. As a young man he studied trombone under the direction of Dr. Frank Simon. The family would like to thank the nurses and doctors at Atrium Medical Center for their compassionate and expert professional services provided at all levels of care, and especially in the ICU. We are grateful to have such an award-winning hospital in our community. Preceding him in death were his parents, his sister and her husband, Martha Dumford Weber (Walter); and her brother and his wife Jim Dumford (Jane). He is survived by his sister, Sally Fiehrer-Huber; his brother, Bill Dumford, and fourteen devoted nieces and nephews: Matt Dumford (Suzanne) of Colorado, Dave Dumford (Gina), Mary Beth Colson (Mike), John Dumford (Jill) all of Middletown; Anne Fiehrer Flaig (Chris) of Hamilton, Elaine Fiehrer Luers (Tim)of Lebanon, Jacques J. Fiehrer of San Francisco, and Marc Fiehrer of Columbus, Ohio; Susan Weber Worrell (Bill) of New Miami, Tom Weber of Boston; Katie Dumford Robertson (Kirk), Marty Dumford Woodmansee, Shelley Dumford Holden (Brad) and Chris Dumford, all of California; and many extended family and friends. A time of greeting for family and friends will be Saturday, May 26, 2018 from 9:30 a.m. to 10:00 a.m. at the Holy Family Parish, Holy Trinity Church, 201 Clark St., Middletown, followed by a Memorial Mass at 10:00 a.m. with Rev. John Civille as celebrant. In lieu of flowers, memorial contributions may be sent to the Leukemia and Lymphoma Society, 4370 Glendale Milford Road, Blue Ash, Ohio 45242 or online to www.lls.org. Arrangements by Herr-Riggs Funeral Home, 210 S. Main St., Middletown. Condolences may be sent to the family at www.herr-riggs.com

The family of RICHARD "DICK" DUMFORD created this Life Tributes page to make it easy to share your memories.

Send flowers to the DUMFORD family.