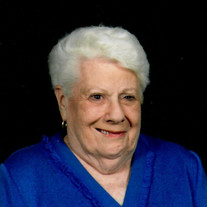 SEAMON, Virginia L. “Ginger”, age 84, of Monroe, Ohio, passed away Tuesday, November 21, 2017 at Atrium Medical Center where she had been a patient for one week. She was born April 19, 1933 in Middletown and lived in this area all her life. She earned her Bachelor’s Degree at Ohio Wesleyan University and her Master’s Degree at Wright State University. She taught elementary and middle school grades at the following local schools, Sherman, Jefferson, Verity, Manchester, Rosedale and Monroe, retiring after 28 years of service. She impacted the lives of so many, including classroom followed by classroom as a beloved teacher in the Middletown School System. She passed her love of reading, history and cards on to her children and grandchildren. Ginger was a member of the First Presbyterian Church of Middletown. She made six mission trips to Japan with the P.R.O.M.I.S.E.S. group where she served as General Chairman for one year. She was a volunteer at the Middletown Regional Hospital, a Girl Scout Leader, Cub Scout Den Mother, and Co-Chaired Middfest International with her husband Ed, the year Japan was celebrated. She enjoyed traveling with her husband Ed, was a member of the Phi Beta Kappa Sorority, and belonged to several Bridge Clubs and enjoyed playing Hand and Foot Card games with friends. Preceding her in death were her parents, Otto and Ruth (Snyder) Hein; her husband, Joseph Edward Seamon in November 2016; daughter, Aimee Dailey; and brother, Richard Hein. She is survived by two children, Greg (Paula) Seamon and Lisa (Todd) Taylor; son-in-law, William Dailey; five grandchildren, Jordan Taylor and fiancée, Michelle Hren, Taylor Seamon, Allison Taylor, Jacob Dailey and Eryne Dailey; Mimi Demera DeVore, who was like a daughter to Ed and Ginger; many nieces, nephews, extended family and friends. Visitation will be Monday, November 27, 2017 from 10:00 a.m. to 11:00 a.m. at the First Presbyterian Church, 2910 Central Ave., Middletown, Ohio 45044, followed by services at 11:00 a.m. at the church with Pastor Michael Isaacs officiating. Interment will be at Woodside Cemetery, Middletown. Memorial contributions may be made to the First Presbyterian Church, 2910 Central Ave., Middletown, Ohio 45044. Arrangements by Herr-Riggs Funeral Home, 210 S. Main St., Middletown. Condolences may be sent to the family at www.herr-riggs.com

The family of VIRGINIA L. "GINGER" SEAMON created this Life Tributes page to make it easy to share your memories.

Send flowers to the SEAMON family.