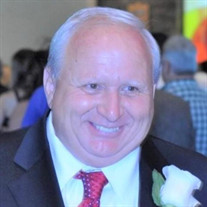 SMARDA, Vladislav Karel (“Lada”), age 75, of Oxford, Ohio (formerly Fairfield), passed away Monday, August 23, 2021. He was born in March 1946 in Prague and moved to the U.S. in 1981. Before emigrating, Lada earned his engineering degrees in Europe, and was a downhill and giant slalom racer for Czechoslovakia’s Olympic Ski Team. From 1984 to 2019, he was the owner of Smarda Company. In 2001, he and his friend, Charlie Chappell, co-founded an engineering club called N.E.R.D.S. (Never Ending Research Development Scientists). Lada also traveled the world with his beloved Mountain Men Ski Club. Preceding him in death were his parents, Vladislav Josef Smarda and Karolina (Nemcova) Smarda; one sister, Hana Jelinek; and one brother-in-law, Karel Jelinek. Lada is survived by his wife of 38 years, Marcia Smarda; two daughters, Jade Smarda (Gabriel Schoenlein) and Megan Smarda (Bill Westendorf); one grandson, Billy; an expected grandson, “Remy”; two nephews, Karel Jelinek (Tricia) and Daniel Jelinek (Leslie); one great nephew, Lukas Jelinek; one great niece, Helene Jelinek; and many friends. Private services for immediate family will be held at Woodside Cemetery, Middletown, Ohio. There will be an open house Celebration of Life on Sunday, September 12, 2021, from 1-4 pm, at The Windamere, 2 S. Main St., in Middletown. Condolences may be sent to the family at www.herr-riggs.com

The family of VLADISLAV KAREL "LADA" SMARDA created this Life Tributes page to make it easy to share your memories.

Send flowers to the SMARDA family.